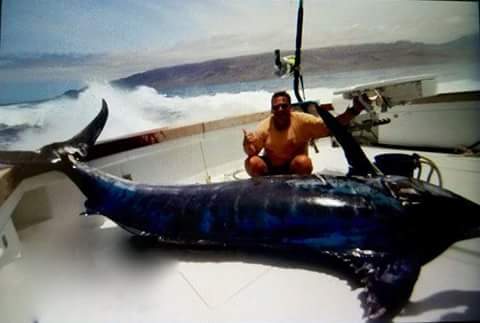 “It´s taken a long time for the first grander of the year to be caught in Worldwide in 2016, but the boys on the “Dreamin On” in Cape Verde did it in style!

At 1 290 lbs this is probably the biggest ever weighted in Cape Verde and is certainly in the top ten Blue Marlin ever caught in the Atlantic. It just once again proves that CV is not only an amazing fishery for the sheer numbers of Blue Marlin but certainly for quality fish.

Last year at least 4 grander Blue Marlin were weighted in Cape Verde including a 1 254 lbs on the Big Oh!

Along with the 1 305 caught in Ascension late last year this makes three top ten ever weighted Blue Marlin in the Atlantic Ocean caught in the last 12 months!

Once again next year we will be in Cape Verde for the season and still have two 7 day slots available during the peak of the season. For further information contact us at dudas7mares@gmail.com“