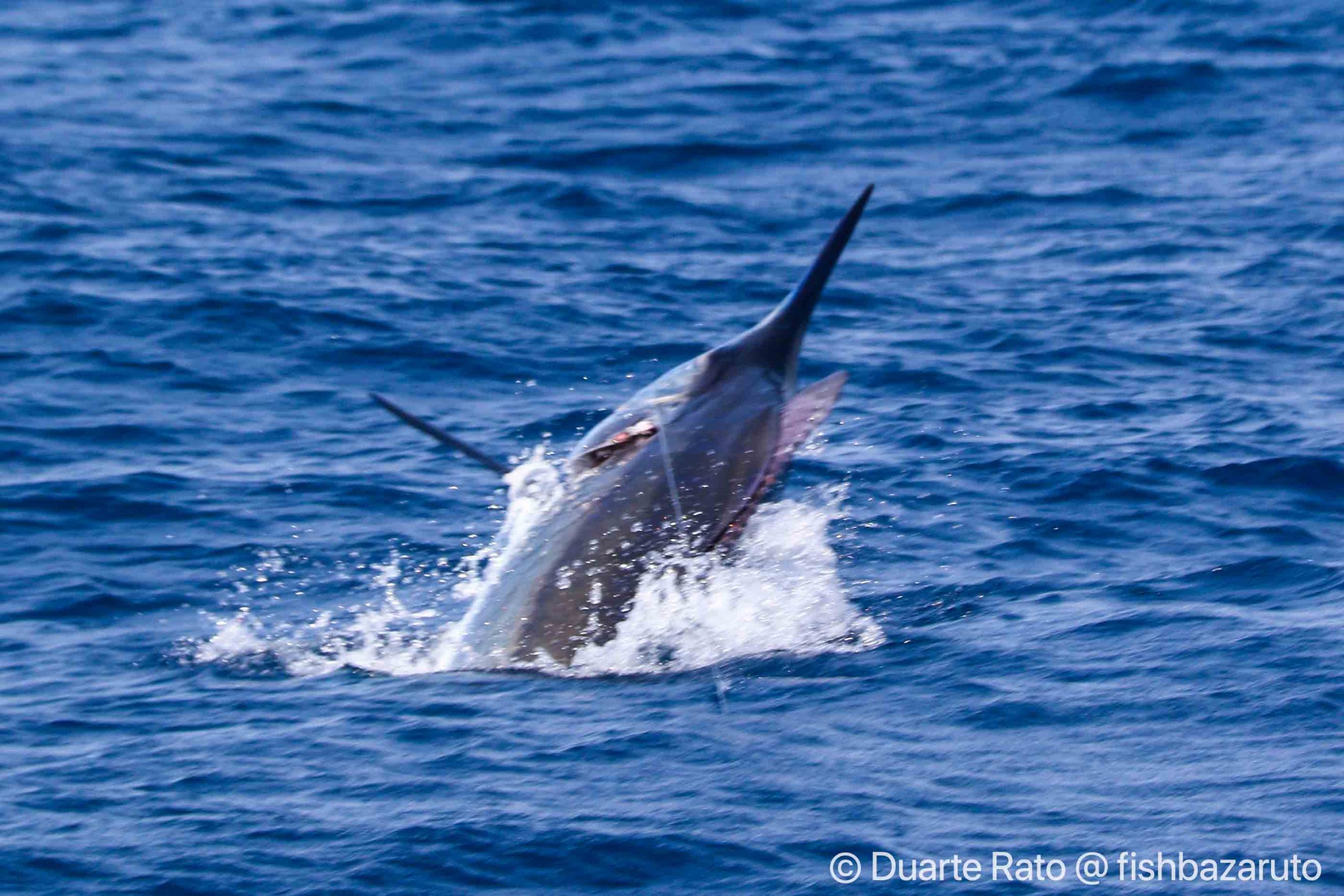 We just finished fishing with Warren and once again it was a great trip on the most beautiful setting and those 8-minute runs from his house at Linene to the fishing grounds just blows me away.

Last year October we had a great trip (the first with Warren) and caught his first Blue and his biggest Black (until a few days ago) at 700 pounds. You can see that trip here;

Then in May we had another great trip in what we call Bazaruto´s second Marlin run. We lost a real big Black Marlin in excess of 900 pounds.

April to early June, is a great time to fish as besides there being good number of Marlin the game fish action is normally great, loads of GT´s for the popping and normally all in perfect calm weather conditions. You can see those reports here;

Life on the good ship Streneu

On this short trip we saw 8 Black´s but they were lazy and biting funny but we did release a 400 and the one that mattered the most; at 900 pound Black Marlin its Warren´s biggest fish to date.

We also caught some good game fish including countless bonnies, wahoo, yellowfin and a beast of a cuta that was over 30 kilos.

The morning before Warren flew out we went out for a couple hours and had another real nice one which was probably 7-800 came on a live bait – unfortunately we did not get a bite out of it, I would have been a nice way to end it and Warren might have lost the plane – not all BIG fish are as cooperative as the 900 pound Black Marlin we got a few days earlier!

Hell of a nice one that had the girth to go with it.

Just gutted I did not get better pictures which did the fish justice – she gave us a great show by the boat.

8 minutes into she came up giving us a chance which we made the most of.

As she lazily swam and then shook her head on the surface, we reverse hard and got the leader.

it was a hell of a rodeo boat side and obviously there was too much going on to think about the camera – but man ohhhhh man there where some great pics to be taken if there was any extra hands.

She took a live bonito.

One of those really big Kawa Kawa´s, right at the change of the tide as the bite the previous day.

After the strike she come up and started lazily swimming on the surface. Could hardly believe the distance between dorsal and tail. Then, to our dismay, she spit the bait. We left the bait out and about three minutes later she took it for the second time and this time we come tight.

This is the biggest Black Marlin we have ever caught in September at Bazaruto and its amazing to see such big fish so early in the season, especially when the water is still in the low 23c, but its already the seventh fish over 500 pounds for the season, which began in late August and hardly anyone is fishing yet.

Its either gonna be a hell of a season…

or they just, for some unfathomable reason, come early!

We got the 10th to 12th October open and our good friend Carl, as just had to cancel the two weeks he had booked in the last week of October and first week of November. Normally the best time and right at the peak. We have booked the first 6 days but have the