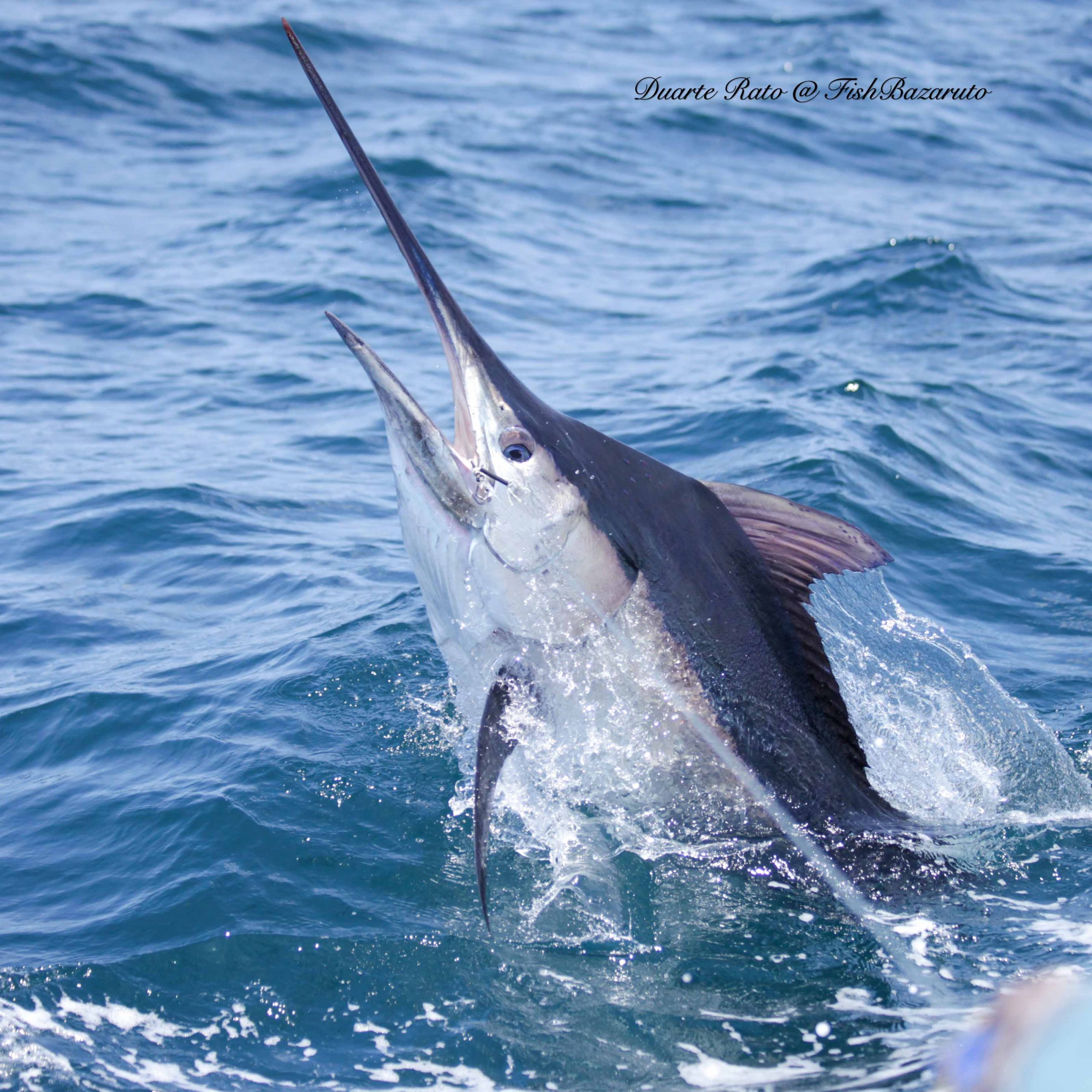 Bazaruto´s first Marlin Satellite Tag in!: On the 4th of November we had a great day and tagged the first ever Marlin with a satellite tag on the waters of Bazaruto aboard VAMIZI.

And Duarte’s first ever voice-over…

Nice work on the voice over – thank you Duarte!

We were fishing with well-known angler Carl Jankowitz. Conditions were difficult with green water on the grounds and a light NE wind.

We ended the day with 3 from 4 today and raised another two!

Saw 9 in total, 3 free jumpers and the other 6 fish we raised but the one we lost was the proper one well north of 900, could have been up there.

We had a good bait session in the morning but not for long as I wanted to be out there for the tide change.

Set the lures and literally a minute before the tide change, we have one come on the Ruckus and then change to the long left express.

We hooked up and released a Striped Marlin.

Good to get one early!

Then we got a skipjack which we baited south with the current and at 11h00 got the bite.

Just shy of #400 pounds but in such good condition as we had him on the leader in 5 minutes, I decided to put the Satellite Tag on it.

We set the lures and within 15 minutes have one crash bite the short corner wriggler from #pulsator lures.

Carl was kind enough to give Alex this fish.

The dude has been decking on VAMIZI for 22 years and has leadered more than a thousand Marlin but had never actually caught one himself.

Very kind gesture from Carl and he was beside himself to have released that fish!

Put them out and 20 minutes later raised one about #500, again on the riggler but no bite out of it.

Then just after 1pm raised one on the Magnet but just knock it down.

15h04, we have a real one show up on the Magnet, proper inside-out bite and we hook up.

We turned to chase but a while later we lost it!

It’s hard to be disappointed on a day like this but that´s the one´s we are looking for so heartbroken.

Site and SEO by The Sardine News for FishBazaruto.com.

A near Grand Slam for Craig Sherrah