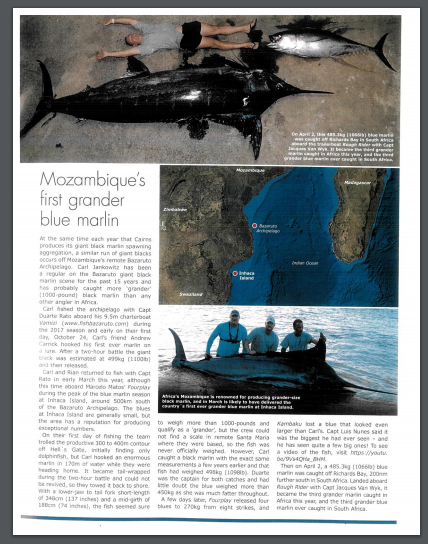 And a first! German Magazine… 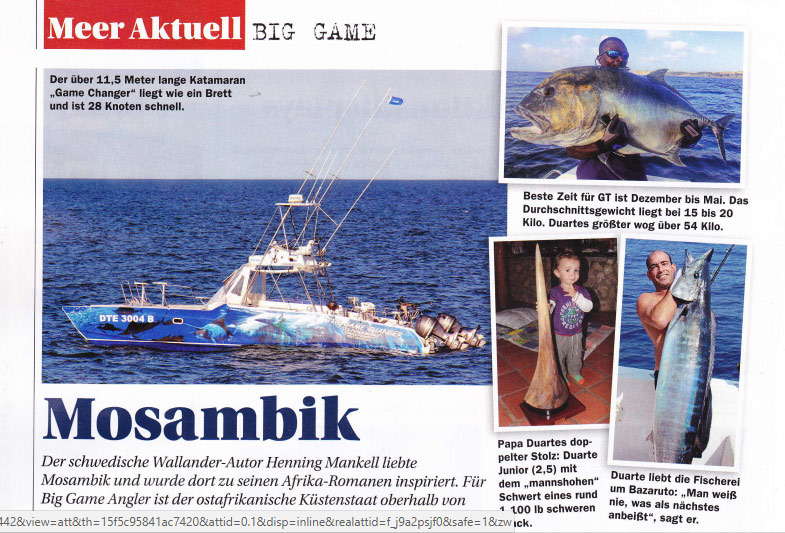 About a year ago Bluewater magazine (BTW my favorite fishing magazine by far) asked me to write an article on Bazaruto.
What was initially a small article, it became, by Tim Simpsom (the editor) a main cover feature.
It came out in the latest edition, which you can download a PSD copy of, HERE.
Besides the cover shoot and I believe (although I still have not received the physical magazine) that it also got their back front cover two page spread photograph Bluewater angles  – a photograph by Didi.
Nice!
Update: and here it is as a series of screengrabs…all courtesy of Bluewatermag.com.au.

Special thanks to Bluewater Boats & Sportfishing for publishing such an amazing spread. Check out http://www.bluewatermag.com.au by clicking the link below…

Hunting for Black Gold – Mozambique could be the next Black Marlin Hotspot          – By Capt. Jason Holtz

Marlin fishing with the Captain

What a Season – Bazaruto´s year of the Marlin

Links to other publications / blogs and forum´s on Bazaruto & Capt. Duarte Rato…

Here is a link –  Baitball Article – to a contribution Captain Duarte Rato of FishBazaruto, made to a great article that ran in the January issue of Voyages de Peche magazine. 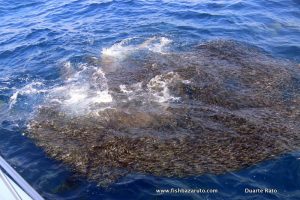 The article, which is about bait balls or where and when large masses of bait come together along with its predators, was put together by Julien Lajournade, had as it´s collaborators Duarte along with well know photographers Jessica Haydahl Richardson (Yellowfin & blue runnes in Cobia Panama), Pat Ford (tarpon and others on mullet at vero beach Florida), Marc Montocchio (great photograph with tarpon and silversides in the Caymans) and Scott Kerrigan (on sailfish and sardines off Isle Mujeres – Mexico).