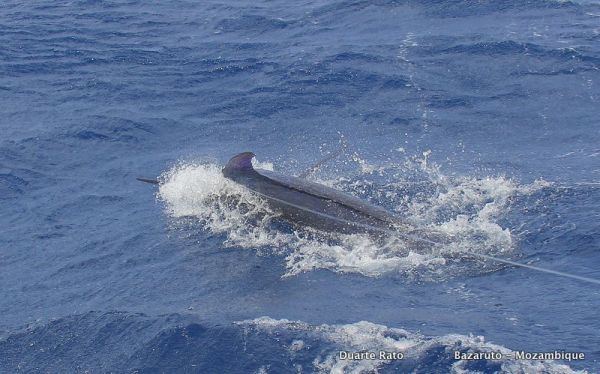 Fishing from Vilankulos on the 38 ft Super Cat we had a few sailfish charters but seeing it was pretty slow we headed out wide to see what was happening out there and on the first day, in a few hours we lost a big Blue and caught a 72kg Yellowfin tuna. That was early July and from then on and until mid August most guys did want to go out wide and, seeing it was the peak of winter we had some very surprising results and raised, hooked and released a good number of Blue Marlin!