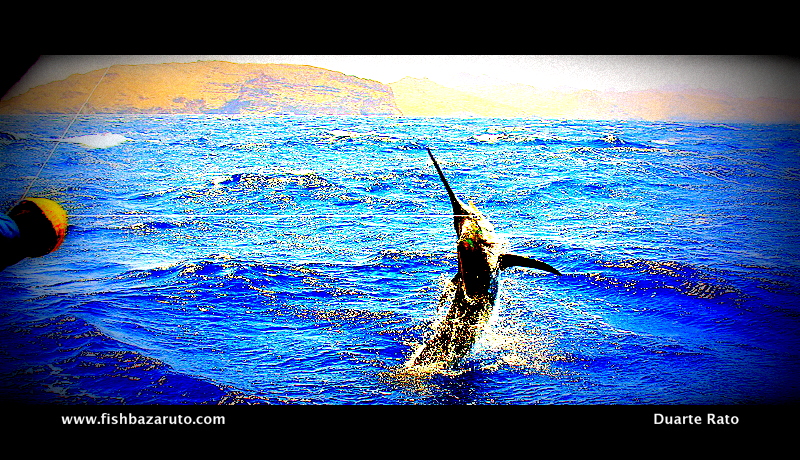 Blue Marlin on a Stella

“An epic battle to get a marlin on a Stella” – by Captain Duarte Rato, on location in Cape Verde right now.

Today was the first day in over a week we did not release a fish!

We were unlucky, but has Carl put it, “it was one of the greatest fishing experiences of my life”. This made sense, seeing catching a Marlin on a Stella has been one of his dreams for some time.

Carl Jankowitz first fished with us on Bazaruto more than 14 years ago. At the time, he was a big time plugging aficionado. Despite almost exclusively targeting Marlin since that first visit to Bazaruto and having caught many Blacks including two weighted Granders and a couple more released, his unquestionable love for plugging as remained there. So, even when we targeting Marlin we always got some time to plug the reefs and over the years have caught some beefy GT´s and other species. Two years ago, we went to Ascension to target big Yellowfin on poppers and caught a bunch of good fish, the biggest a 110 kg and a 93 kg that gave Carl a 3h50 tussle.

Obviously when he decided to come to Cape Verde, catching a Blue Marlin on a Stella was right up there on his priority list.

The last couple of weeks at CV have not been producing the usual ridiculous numbers the place is known for but we been consistently catching one or two fish a day, which is obviously great Marlin fishing anywhere else.

The other thing is that most of the fish have been in the channel between Sao Vincente and Santo Antao just north of Mindelo. Pretty open place where the seas have been pretty “sporty”.

The first day with Carl, Peter and Tony we went 2 for 4 and the second 1 for 1. By the third day the guys had got used to the bumpiness and we rigged Carl´s Stella with a fifty meter #100 mono top shot on top of #100 hollow core braid backing. Put it on the stiffest jigging rod we have on the boat and we were ready to go.

At 11am a fish showed on the port teaser, switched perfectly and we hooked up. Carl got in to a great fight on a Blue Marlin on a Stella. It was awesome, he did a perfect job…not easy in the bumpy seas and seeing every single fish just seems to swim up seas when hooked up.

After some time, we had the short backing half on the reel before the +-250-pound fish took off again and gave us some great jumps before settling down to the dirty fight. Carl kept at it and forty minutes into it, with half the backing on the spool, the fish popped the leader not even 30 meters from the transom. It had bitted through the leader, something which rarely happens even on the heavier conventional outfits we normally use on the pitch. Plain bad luck, huge disappointment but still, at the same time everyone was grinning to the great fight we had all experienced. Now we just need to hook another one….

The next two days where really windy and the seas where upside down on the channel. The first day was so bad we cut the day short after releasing one on the pitch and missing one on a lure. On the second we went one for one, again on the pitch.

That afternoon we heard of some fish being seen at Sao Pedro on the south of the Island where the seas are much more forgiving. It was a no brainer and we headed there in the morning.

After a couple weeks of being thrown around in the maelstrom that the channel is it was a pleasure to work the area with a mild comfortable chop. Half an hour into it Stuart on Nhe Cretcheu hooked up and released one right next to us. Next up was Olaf who also hooked up close by and released a #250. Our time had to come!

It was just past 10h30 when a fish crash bite the Smash Bait, our closest teaser lure. It then switched to the long right teaser, we took out it out from him and he turned to the left teaser where the pitch was just on the inside.

It piled on it and Carl made the drop and hooked up.

The fished remained on the surface and within 10 minutes we were backing fast up on him and had the double 10 meters from the transom….this is easy! Ohhh right!!!!!

The fish took off and went deep. For the next hour, we had the 50-meter top shot about 10 times on the reel, but the fish would just not budge. It was a hard-doggy fight for Carl and when we finally got on top of it again and the fish jumped we understood what was happening. Just to make matters easier the fish was foul hooked on the shoulders!

But at least it was staying on the surface and after some hard backing we got on top of him and took the leader obviously making sure not to let it go regardless. It eventually popped right by the hook…

High fives all round, awesome fight and great achievement and dream come true for Carl to catch a Blue Marlin on a Stella!