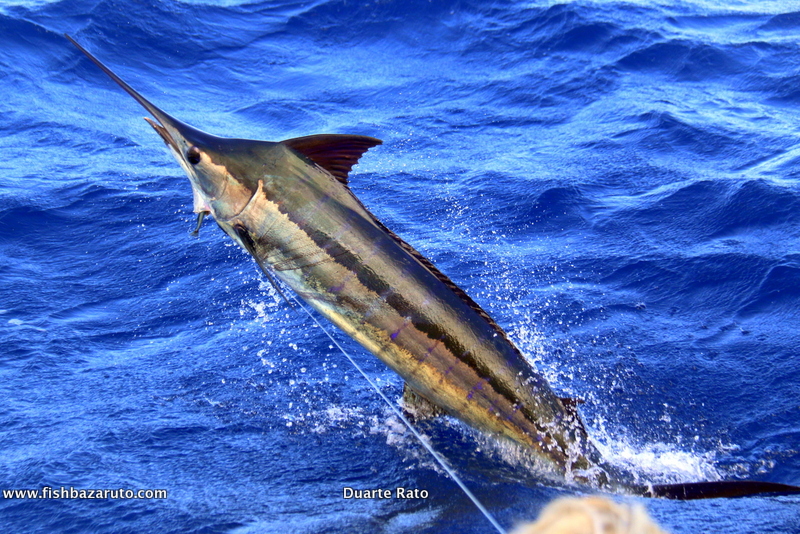 It´s been a great but hardcore five weeks of Blue Marlin fishing in Cape Verde. I had planned to post a few more reports but time did just not allow, so here´s a photographic review of some awesome moments we enjoyed in this heavenly Blue Marlin Fishing mecca!!!

Truth be told, fishing was hard compared with what I have experienced in this part of the World in the past. But, that is the problem with Cape Verde, the place is so good that everyone´s expectations when they get here are way up there. However, every place as got his low´s and hard moments – what one has to realize is that even when it´s slow here it can be World Class.

So here´s a few pics…

Louis joined our good mates David Tucker and Michael Wright on a 11-day trip to Cape Verde and as usual we had some fast & furious grand times in and out the water. It´s just awesome to Jedi around with these guys, not easy 😉 but awesome!

On our very first day out we hooked the first Blue Marlin within an hour of leaving the dock and obviously, being a virgin, Louis had the privilege of getting in the hot seat. Well, we had lost a belt a half an hour earlier and no one told him he had to fight the fish from a dead boat! Obviously the 200-pound fish gave him some more juice than he had expected.

But it was all good fun and the fish swam away tired, but healthy and it was cheers all round. After the previous night celebrations of being together again, everyone was happy to return to port after a couple hours into it….and flying a flag for a newbie!

After a few slow days with MW, David and Louis we started getting into them again and to commemorate David and I decided to get into the water to release this small but feisty Blue Marlin. It´s always a great experience to get in there and see them swim away…

Our next fish was hooked shallow and it proceeded to polish 500 meters of string, screaming like a thousand Siamese being burned alive, straight into the rocks.

We all just stared in disbelief….

It was quiet a fight, especially since we had to turn and chase and then back down right into the swell in what can be called very sporty conditions.

Eventually we got the fish on the leader and by boat side and found out what all the fuss was about. This thing, which we called 450 plus, had taken our only lure, was foul hooked right in the shoulder!

The next day brought a few more nice fish and, even with the monumental hangovers (well some guys where still sideways on the boat) we were having a blast. We raised four for the day and released three out of two bites.

The Blue Marlin fishing in CV was finally living up to its fame and we caught a few more the next couple of days and finally got some fish jumping nicely on the leader!

We had a great finale with MW, Louis and Dave.

It was their last day and this beast of a fish crashes the short Smash bait teaser, comes in hot but we miss the first pitch. The fish comes again takes the second pitch on what was one of the best bites I have ever seen, jumps out the water a few meters of the transom and we off to the races!

Seeing the size of the fish it took me a while to get in there, I mean this is what the guys are here to do….my stupid reluctance did not pay off and before I could blink Dave had taken the stand-up rod and was buckled up.

Great fun for the next hour as this 750-pound fish gave us all she got.