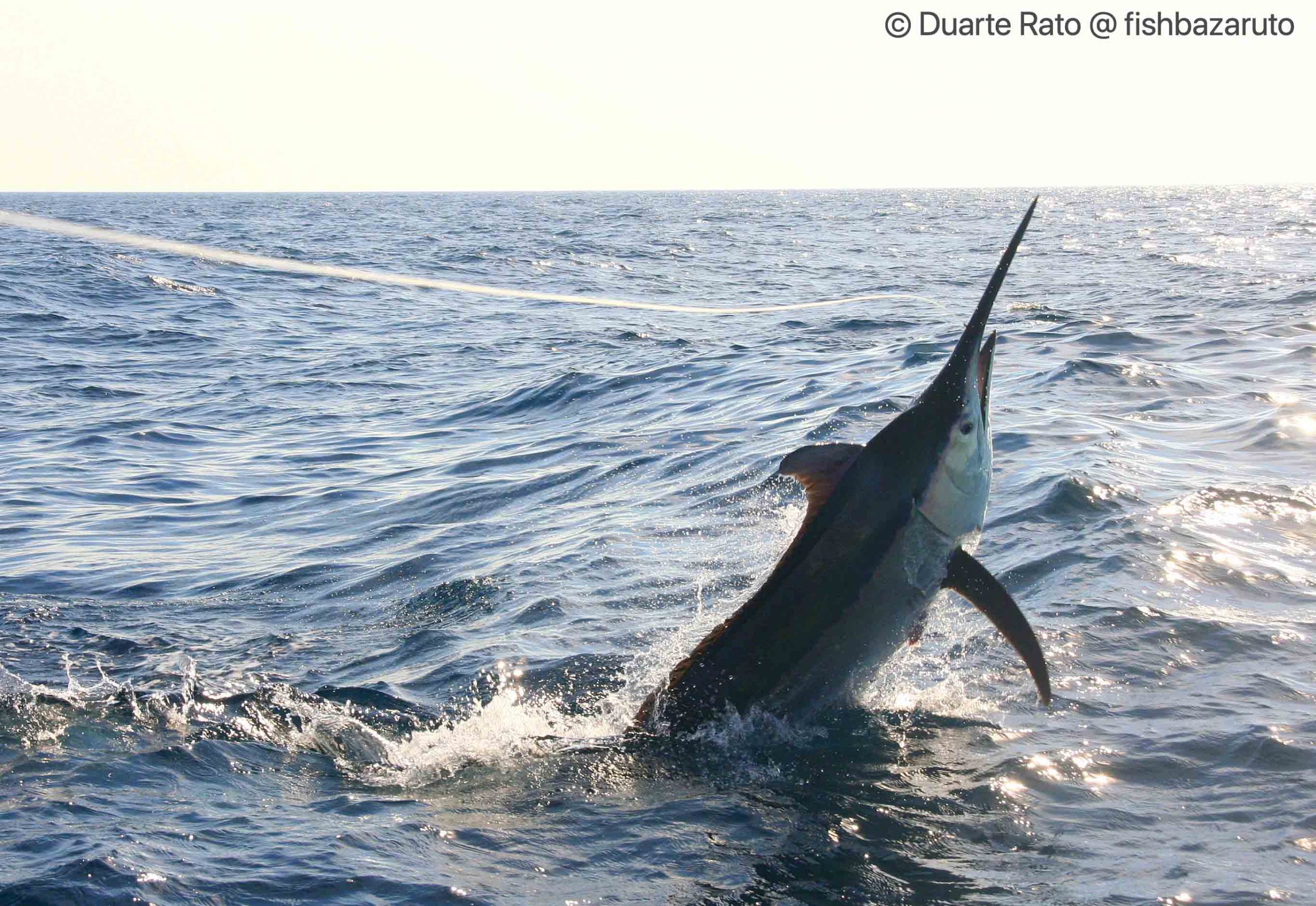 We started the Bazaruto´s Heavy tackle season earlier than normal but despite low water temperatures in the 23c we have had some good fishing and just finished a 14 day stretch that produced 10 Marlin, including 9 Blacks to #550 pounds and a Blue Marlin.

A few sailfish, some big wahoo and yellowfin, skipjack, bonnies, cuta and dorado on the side as well.

We initially had Craig Edwards and then Bruce Winston fishing out of Vilankulos on Game Changer. Then we had John Brager from the US fishing on Vamizi out of Bazaruto island and you can see the report on that trip here;

For the last three days we had Johnny and Michael Velloza but unfortunately the bite had slowed down a bit as the current slacked down and turned east and all bait vanished.

We never saw one on our first day but did manage to get a couple of good wahoos and cuta.

On the second day we lost a Black with the leader 3 meters from the rod tip but at the end of the day did manage to release a #200-pound fish for Michael’s first ever Marlin release. The last day we saw three on the lures but only got one decent bite that did not hookup. We also did a bit of light tackle jigging and got a couple yellow spotted trevally´s.

Not many other boats fishing but Marlin was out last Saturday and they released a #500-pound Blue Marlin caught wide.

Graham fishing on Spanish Fly targeting GT´s for their Russian clients decided to put a bonito live bait out a couple of days ago and instantly hooked up to this beautiful Black which they put at #500 as well.

Thanks for the awesome pics Graham…

All in all, its been a auspicious start to Bazaruto Heavy Tackle season with five Marlin over 500 pounds already being released by the small fleet that as not really started the season yet.

We have had a cancellation from a group from the UK who at the moment are not allowed to fly to SA / Moz and only getting back at it on the 19th September, but all going well, then its back to back until mid-December.

Can’t wait to get back out there.