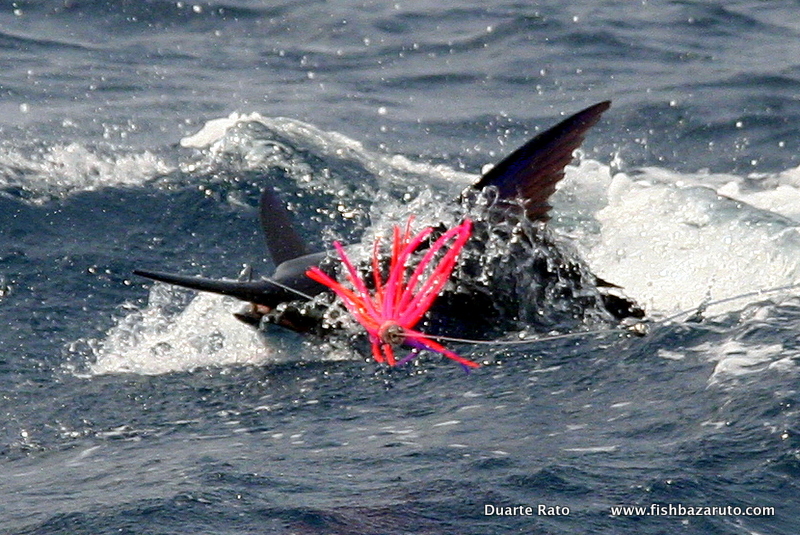 7 Marlin in a day fishing the waters off Inhaca Island! As I have reported previously in recent years a World Class Blue Marlin fishing as been discovered in the offshore waters of Maputo / Inhaca Island. This comes along with numerous numbers of Striped Marlin, Black Marlin inshore and some Sailfish bycatch.

The season which extends from October to May normally peaks between December and April and in the last couple of seasons boats are raising crazy numbers and catching them up really good. When one thinks that most of the boats there are privately owned, weekend fisherman it makes one wonder the true potential of a place with a well-oiled crew fishing bait & switch as opposed to lure fishing which is the standard method used.

Just to highlight exactly how staggering this fishery is, during a one-day local tournament, in March last season, 14 boats or so raised / had bites on over a 100 fish and there were a few boats that reported over 20 strikes a day. As we know lures are not the best on striped Marlin and small Blue Marlin so the catch ratio was not up there although some boats did capitalize on good numbers.

The winner on the day was our good mates Leo, Juninho, his dad and friend who released 7 fish for the day. here´s a small clip they sent me recently.

We will be going down there in March 2018 to charter for the month based on a superb villa out of Santa Maria (10 minutes to the fishing grounds), we still have one week slot open if anyone interested. This is going to be a try out for future ventures in the area.

Contact us at dudas7mares@gmail.com or see www.fishbazaruto.com for more details.