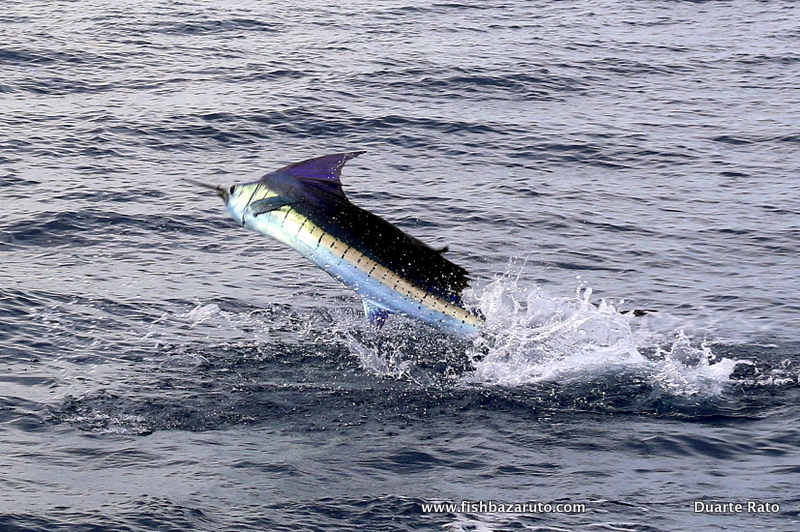 We started the month of June with a few Bazaruto Fishing days aboard Big Bob and although I come in to change the mojo on board, we had a great few days out there and on Quo Vadis at night – real good fun.

On the 28th the boys released a #450 Blue and the only other boat out the, The Kraken released a #350. The next day Big Bob released a #300 and the 30th was a cracker going 3 from 4, including a double header. It slowed down from there and the next two days we raised one that did not switch and missed one on a lure. The last day we raised 2 sailfish out wide and pitched the big Marlin baits for them hooking one that pulled off.

Then, an un-seasonal cold front, bringing in odd rainy for the time of year and chilly winds from the south. Temperatures plunged down to as cold as it gets here in the early morning.

Obviously, the water temp also plunged down to the mid 24c but when we finally got out there it looked pretty nice and blue and the fish where extremely active and the blow had definitely brought in good numbers of sailfish.

On the 6th we took out a group of Russians aboard the 36ft Super Cat – Game Changer for a light tackle day. Conditions were still pretty rough and communication was difficult as the guys spoke no English and had very little to no experience.

We lost way too many fish we should not but still had constant solid action the all day, either conventional trolling or slow trolling jube jube´s.

Ended up releasing a Sailfish out of 3 and raised two more as well as a small Black. Got a ginormous Yellow spotted trevally on a live jube jube, dorado, wahoo, cuta, few Yellowfin tuna, loads of some pretty big kawa kawa and well over a dozen bonnies. Unfortunately, as we got to the spot at the end of the incoming where it was on fire the guys decided to come back as one chap was severely suffering from mal de mer!!!

And how’s this gem of pictures on this Dugong spotted at Ponta Dundo by one of the Anantara boats. Dugongs sightings are becoming more frequent on the way out to the fishing grounds and Whale season is upon us with some Humpback sightings during the last few weeks.

To some good flat calm winter days ahead…