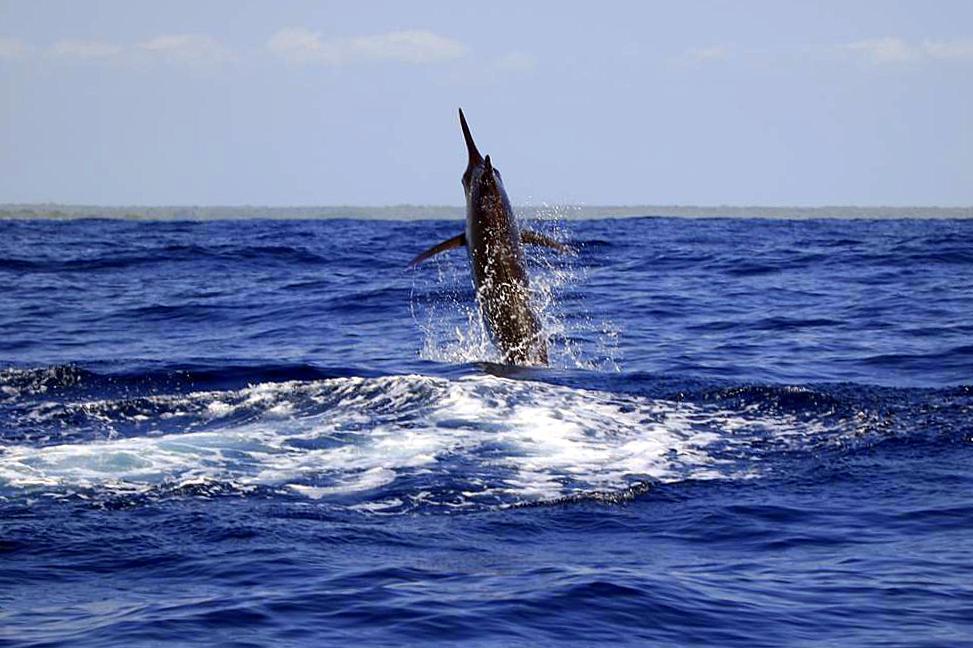 First Big Marlin for the 19´ Season

Spanish Fly just released the first Big Marlin for the season on the 4th of October. It’s been a very good start to the season and despite very few boats fishing there has been a good run since mid-September, when the first boats brought out the heavy tackle, with Vamizi getting into a number of small to mid-ranger´s up to #450 and Game Changer up to #600.

Then on the 4th of October, Morgan O´Kennedy was fishing down south on his 25ft center console Spanish Fly with some mates and enjoyed some popping in the early morning.

They then decide to catch a live bait for Marlin and shortly after had a skipjack swimming of the transom. It did not take long for a big Marlin to show up in 70 odd meters outside wahoo.com!

Now, Spanish Fly is a center console boat design for jigging & popping with no fighting chair and the boys had the bait on a #50 wide loaded with 80-pound line.

The fish stuck on the bite and what followed was an marathon fight with this beauty of a fish the crew called 900 pounds.

The fish took them miles south during the 6 ½ hour fight….

Well done on the first Big Marlin of the season!

Thanks for the pics Morgan…

May there be many more to come….