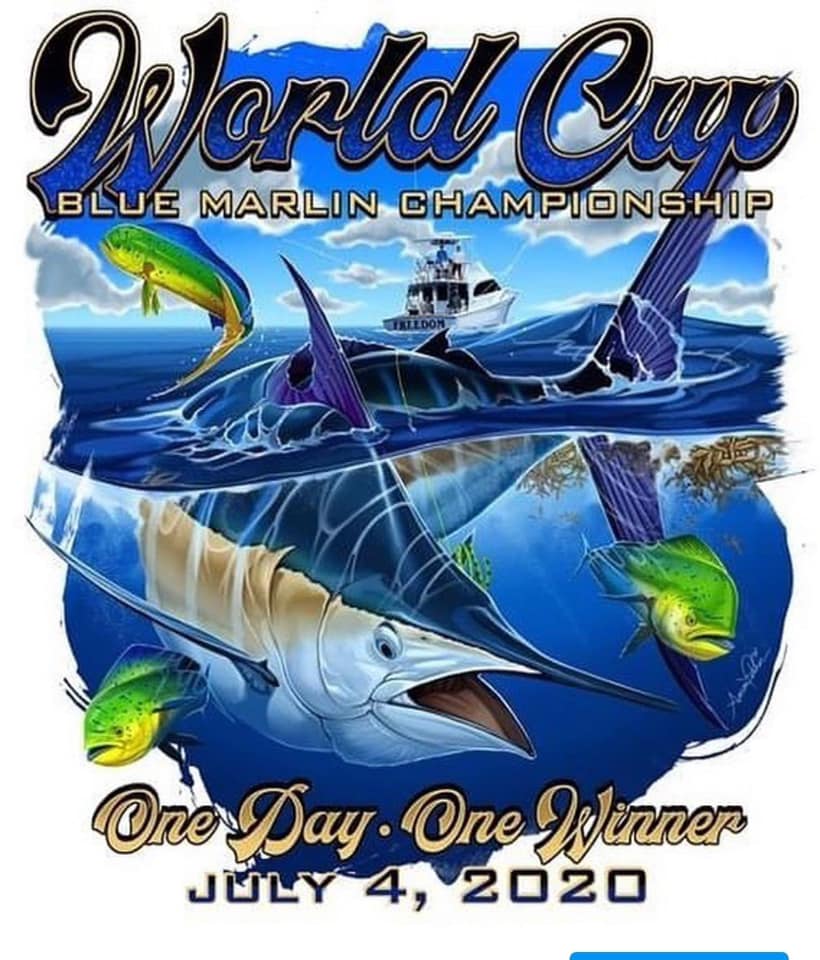 As most of you know, the Blue Marlin World Cup is a one-day fishing tournament held around the world on the 4th of July. Blue marlin weighing more than 500 pounds are the only eligible species and competing teams fish in their respective time zones from 8:30 am to 4:30 pm.

The tournament entry fee for the Blue Marlin World Cup is $5,000 per team. The optional Big Blue Challenge (“BBC”) is an $8,000 entry. There is a winner for the tournament and for the BBC. If the tournament winner is also entered in the BBC, they can take home all the money in this winner-take-all format.

If you want to check any more info, tournament rules, past winners and so on, click on the tournament´s website below;

Last year´s winner was a 541-pound Blue caught in Madeira aboard the Sorted. It just shows that you don’t necessarily need a HUGE fish on the day. However, that was one of the smallest fish ever to win the tournament since the introduction of the 500-pound minimum rule.

With its exceptional fisheries for Blue Marlin and with the tournament running during its normal peak time, Madeira is always a huge contender. But with the Covid, this year proved to chance things dramatically and, only one boat, the Boca Raton, fished Madeira on the day.

There were actually relatively few boats fishing the East Atlantic this year and the vast majority of the 116-boat field was from Bermuda, US mainland, Bahamas and Hawaii.

Along with our good friend Carl Jankowitz and Lowtjie Nel, we were supposed to fish it aboard the 38ft Game Changer. This would have been the first time I or anyone fish it out of the Bazaruto Archipelago. Its right in the peak of our winter, but one of the biggest Blues I have seen on the archipelago was on the 5th of July a few years ago and, the biggest ever weighted on the archipelago, which was close to 900 pounds, was also caught in July.

You just never know on the day…all you need is ONE good fish!

But, due to the COVID our anglers could not get here and, like so many others around the Globe, we were unable to fish it.

Cape Verde is always a good contender as well, although the last time it won was exactly 10 years ago when the Happy Hooker weighted one that went 1 097 pounds. Amazingly, Berno´s boat had also won it in 2006 in Cape Verde, that time with an 850-pound fish.

This year there were only 5 boats fishing it in Cape Verde.

Christiaan, who runs IBO, our second boat at Bazaruto was there. He had just done the season aboard the Hebe and was trying, unsuccessfully, to try and get a flight out of the Island. Marty Bates, invited him to join him, Olaf and Elton aboard the La Onda Milla to be gaff man.

Touching base with him on the evening of the 3rd he told me how slow the fishing was and that none of the five boats had even seen a fish the previous three days. Trying to pick up the mood I remember telling him; that´s when a real BIG one shows up out of nowhere bro…keep it up!

The next day they went to the NW bank.

It was quiet until quite late in the Eastern Atlantic when the Blue Rampage, fishing out of the Algarve, in Southern Portugal hooked a fish.

Then, at exactly 5h47pm I get a whatsapp call from Christiaan!!!

We just boated a real nice one…over 900 on the measurements!!!

He proceeded to send me a picture and for sure it was a good fish.

Blue Rampage´s fish was eventually boated and for a while and at 545 pounds lead the field.

But back at the scales later that evening La Onda Milla´s fish weighted in at 964 pounds. One big YFT for breakfast and it would have gonne over the mark for the cherry on top.

That´s a hell of a fish and one that is difficult to beat, but you never know and the boys settled in for a long night, until the end of fishing in Kona.

In the meantime, Jason´s Buck Done Deal, in the Gulf of Mexico, boated a fish that weighted 667.20 pounds and although it was certainly not big enough to beat the fish from CV, it did, at the end, win the Big Blue Challenge since the Onda Milla had not entered it.

So the final standings for the 2020 Blue Marlin World Cup;

Well done to all and hopefully next year we will have a more sober, normal World and hopefully we will be out there, offshore Bazaruto Island fishing it.