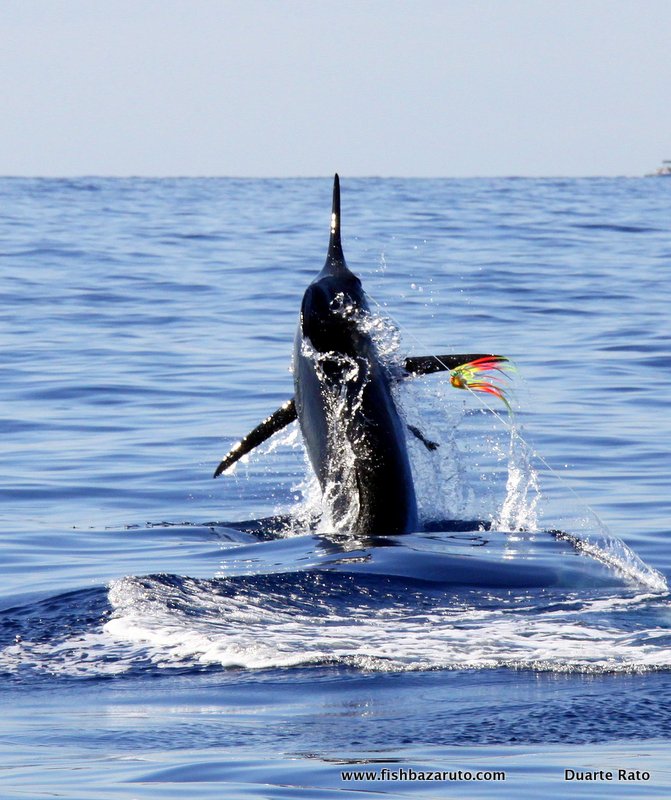 After having our clients cancel due to work related issues just over a week ago this was only the 2nd Blue Marlin World Cup that I have missed in well over a decade and I felt pretty miserable, especially seeing I was going to finally fish it in my home waters on the Bazaruto Archipelago. Well, next year we out there for sure!

This as got to be the most exciting Marlin comp in the world as one enters against teams from all over the world and this year there were a record 150 boat participants from basically every single blue Marlin hotspot in the World including; Kona, Hi; Bermuda; Portugal; Cabo San Lucas, Mex; Cape Verde; Ascension Island; Papua, New Guinea; Azores; Madeira; Seychelles; New Jersey; Mauritius; French Polynesia; Abacos and San Salvador, Bahamas; Gulf Of Mexico; Cameroon; & Panama, etc…

Well the build up to it could not have been more exciting with a lot of destination reporting lots of big fish with some exceptional big fish. Although only nice size fish in the last few weeks Kona as had great numbers with at least 2 boats having 5 fish days. The canaries have been reporting some good numbers and size and so has Bermuda with a solid 800 lost the previous day. Madeira has been having the best season for a few years and we all know the quality of their fish. On the 3rdalone we heard of 8 fish being released by the small fleet, including 2 around the grander mark. Then Cape Verde which as been having another great season produced some good fishing on the 3rd as well with one estimated at 800 and another at 900. But, what really got everyone´s blood flowing was BigOh´s monster fish they weighted late afternoon of the 3rd also in Cape Verde – a beast of 1254 pounds, caught the day before the comp!

The tournament kicked off at 8h30 local time in Papau New Guinea as it made it´s way around the globe. No fish were caught either there, Mauritius or the Seychelles. Then it started in the east Atlantic but no reports come from CV, Azores, Cameroon or Ascension. But, Pesca Grossa had a great day in madeira releasing two smaller fish until they hooked a third that they boated and weighted 652 lbs.

But they had a long time to wait as the 50 boats fishing out of Bermuda had a great bite with at least 20 fish released but not one weighted. Then it was Hawaii’s turn as their big fleet tried to better Pesca Grossa´s fish.

A big congratulation to everyone on the Pesca Grossa on their win. Angler Anthony Johnson and Captains Duarte Nuno Goncalves and Frothy de Silva.

We will be out there next year…hopefully off Bazaruto!

Too see more about the 4th July Blue Marlin World Cup please follow the link below;