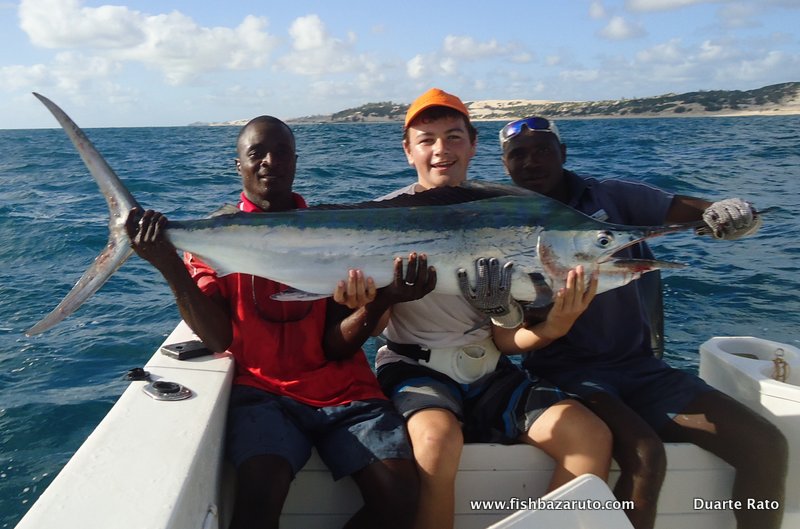 After months of flat calm seas and the mildest winter we can remember the winds have finally arrived at Vilankulos & the Bazaruto Archipelago last week. This is not necessary a bad thing as it will create the necessary conditions and push in the right body of water for the Marlin Season. This windy conditions should persist for a couple more weeks and hopefully subside considerable by the time we start the season in full swing at the end of September.

Although only in a couple of weeks will everyone start bringing the heavy tackle out, there as been a good number of small Blacks seen and released on the light tackle.

Just after the low-pressure system that hit us last week, we had two superb weather days and our group of fly fishermen made the most of it with two remarkable days.

On the first day they had an absolute ball at 25 mile releasing several different species including king mackerel, indian mirrorfish, GT´s, golden trevally, talang queenfish, prodigal son and yellowspotted kingfish. On the second day they found a crazy mayhem of game fish just north of the lighthouse and spend the all day in the area catching and releasing few different species but mostly YFT and lots of nice size cuda.

All the fish were released except this nice cuda that they could not revive.