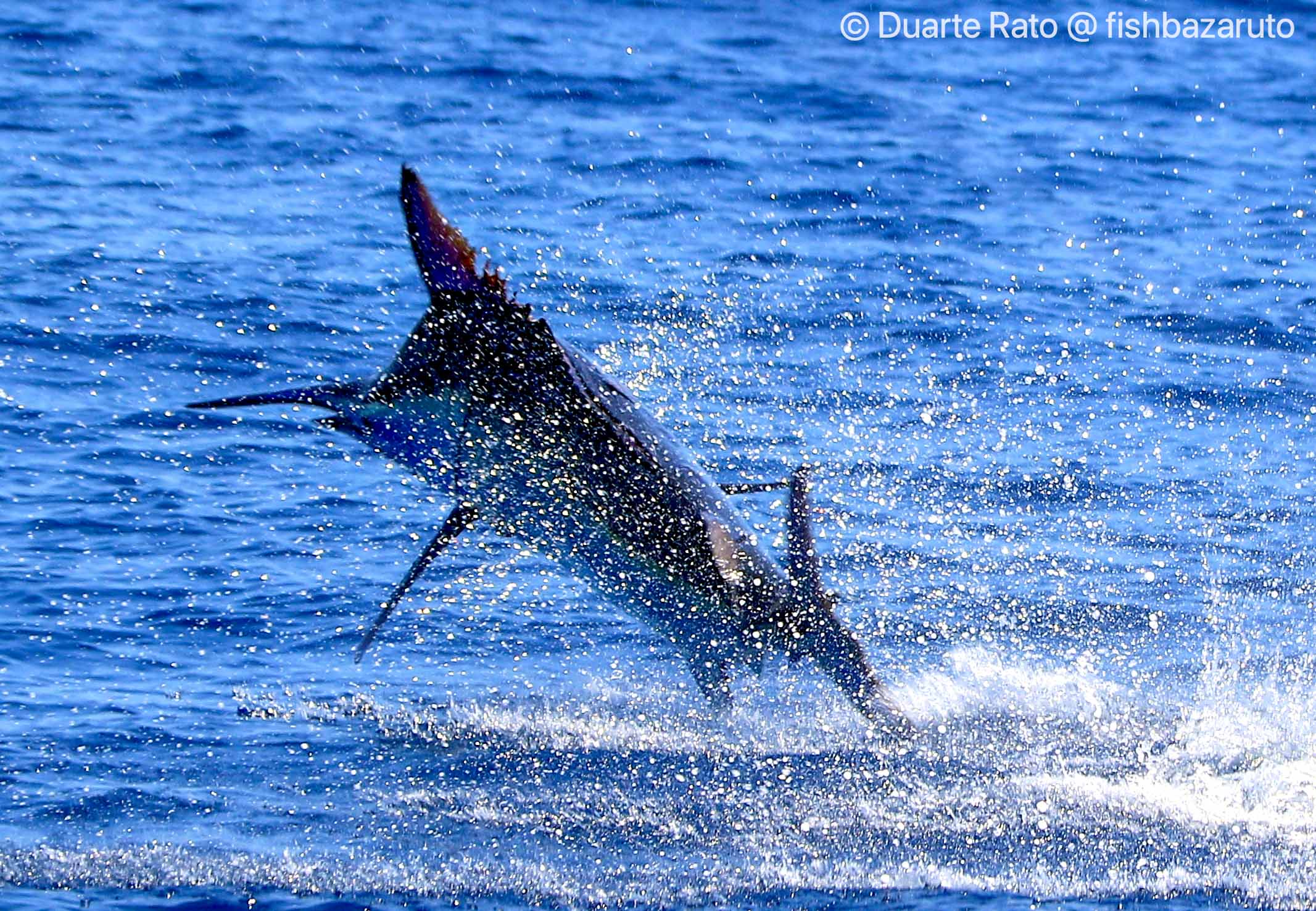 A light tackle Marlin for Stella´s first ever. Late afternoon bite on a slow trolled skip bonito, the fish gave a great show for 45 minutes on the #30-pound tackle…

After our Tiger Fishing mission to Zinave we come back to Vilankulos to start a two-day charter with Craig Edwards & gang and, in very difficult conditions we ended catching a few gamefish including some wahoo, YFT, cuta, bonnies & released 2 light tackle Marlin.

Craig, Stella and another two friends couples stayed at Azulik Lodge on the San Sebastian Peninsula and so we had quite a late pick up seeing it was a tad difficult to deal with the changing sandbanks and channels to get in and out of there at low tide.

It was a beautiful calm weather day as we went pass the washing machine. Still pretty chilly for the time of year and this has got to come down as one of the coldest Mozambican winters we remember.

At 23.7c the water temperature was not the best and had dropped considerably. Reports from the previous week while we were away where slow and not very encouraging. It’s been a terrific fishing year so far but it seemed to have eased down the last couple weeks.

It certainly looked dead out there as we trolled south. We did not see any birds and apart from Humpback Whales jumping all around and a few scattered jube jube schools there was hardly any surface activity for the day – very unlike Bazaruto waters!

The water did look a beautiful blue with a 1.5 knot current from the North.

We tried to catch some jube jube live baits and although they were scarce and finicky, we finally managed a couple and got a nice cuta on the first and then Craig hooked a shark that kept him busy for while on the second.

We then set a trolling spread with a few rappies & Halcos short and a few lure / ballyhoo combinations on the riggers.

First up was a YFT and a few bonnies followed by a quadruple strike which produced two wahoo and two kawa kawa.

Next up out came the barbecue for some seared tuna and wahoo, prawns and some delicious calamari washed down with some chilled chardonnay – as we made our way south. 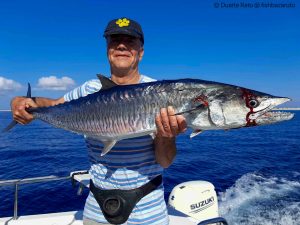 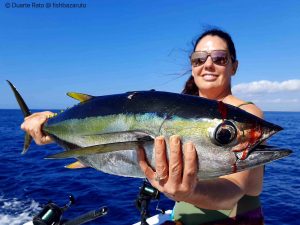 We had trolled down to Best to work the area with the afternoon tide.

Surprisingly, and very unlike that reef at the end of the incoming, it was dead slow.

When some jube jube´s showed up we were quick to put the pulsator daisy chains and hooked and rigged a deep live jube jube and put a dead one slow skipping on the surface.

Within 10 minutes we have a bite on the surface bait, followed by a blistering run on the #30-pound tackle and a Black Marlin jumping at the of it.

Stella is on the light tackle Marlin rod fighting her first ever Billfish – what fun driving the boat on that #200-pound fish as it teared the Ocean apart as we gave chase and Stella picking up and working like a seasoned pro.

45 minutes of great fun and eventually we get the leader and chase back fast as the fish is still screaming down current a couple meters from the transom. I tell the boys to hold on and we break it off…

Considering the hard conditions, we did really and that was just a very special bonus to end a great day… 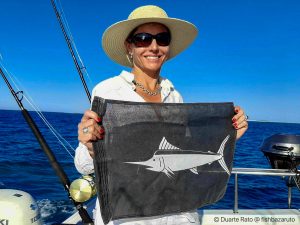 The next day the guys had to come to Vilankulos to do their COVID tests for traveling.

The clinic was not the most efficient and we only left Vilankulos at mid-morning for a snorkel at II mile.

It was well past noon when we finished and now, we were on the other side of where I felt we had the best chances. Hour drive down south and we finally started at Best to work down with the current.

We got to the area we wanted to fish with a couple hours left.

The two boats fishing did not have much to report.

We caught a few jube jubes, missed a cuta and decided to troll for the last hour.

Again, we had some rappies & Halcos a couple half beaks on the riggers and we put a big halfbeak on a Black & Purple Ilander on a bird in the middle of the spread, pretty close in.

We could have pretty much only have had this lure on the water as every single bite was on it!

We caught a wahoo and missed another.

Last tack bite to finish off the charter…

Craig come up for a chat and I am looking aft when his face, looking back drastically changes!

He got the bite right on as a small Black pilled on the Ilander!

Crazy missile jumps towards the boat then going from left to right all across the spread!

Some cracking moments trying to get it past the spread and pick all that belly but soon we had it all under control and got Steven Squires on his first Marlin.

He made short work of it, not before we had some crazy jumps on the leader which the guys took a few great pics which we will get later.

Some pics by the boat and release… 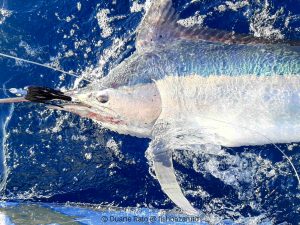 Well, he certainly should…

It’s been an amazing year so far, with many fish and we not even on the season yet.

Can’t wait for it…

Too see our package rates go to; 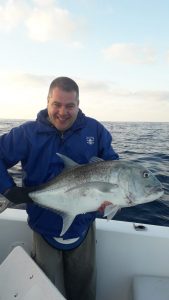 First Big Marlin for the 19´ Season

MADEIRA DOUBLE HOOKUP VIDEO ABOARD THE KATHERINE B