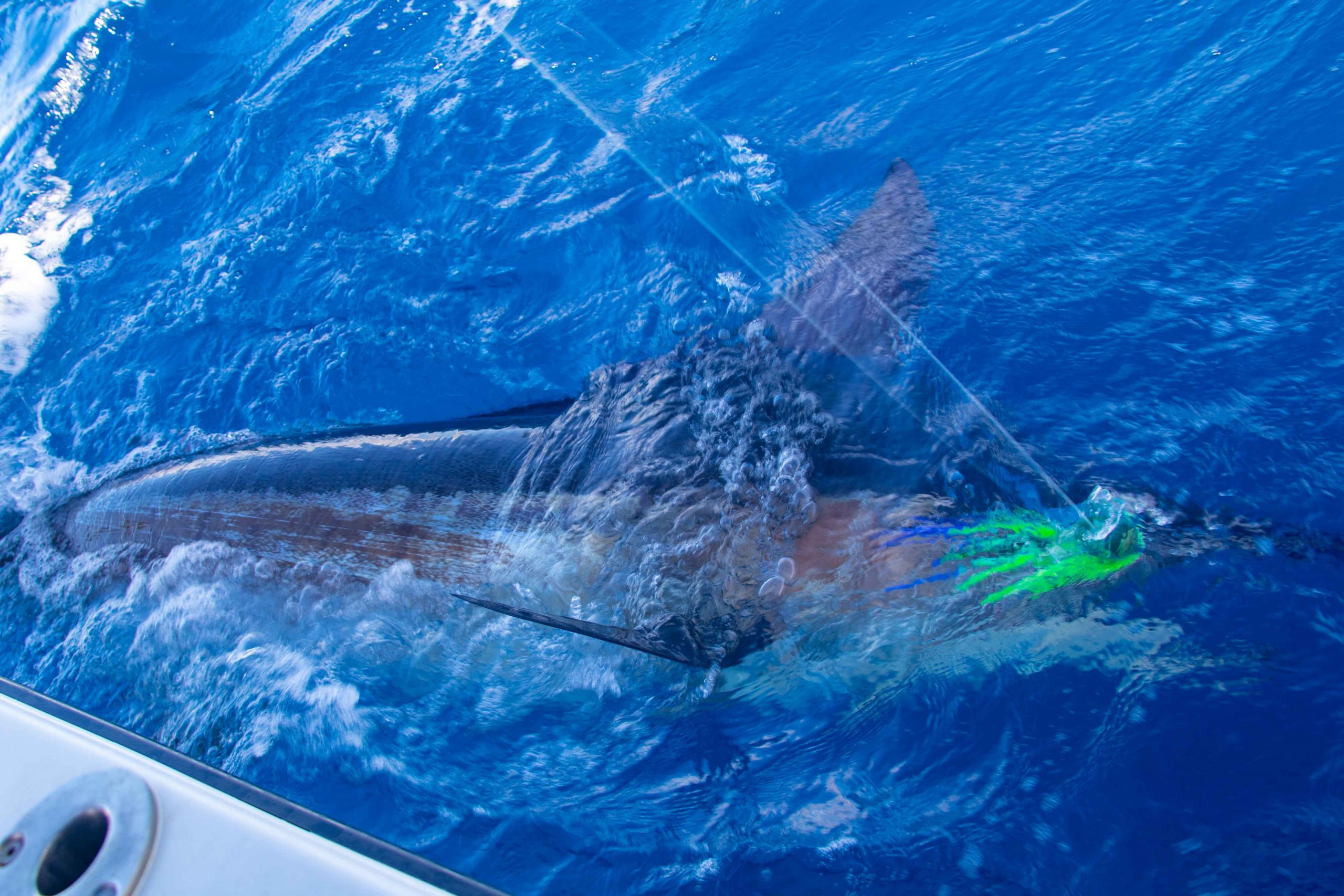 What we call the beginning of winter at around the end of April is a great time to fish the Bazaruto Archipelago with what is normally the most placid weather the area has to offer.

Great time for GT´s on popping, the arrival of queen mackerel which are great on ultra-light spinning gear, of large numbers of wahoo and Sailfish for their winter run.

But also, what we consider the area´s second Marlin run. Although Black and Blue Marlin can be caught year-round, the peak season for the really big girls, the area is famous for runs between Early September to mid-December and then with a second run between April to June when numbers are normally better than quality.

Strange weather patterns have changed that slightly this year with warmer than normal water pushing into mid-May. The bait has been deeper, the number of Blacks has not been as good in the normal shallower waters and thus we have ventured out wide and have had good numbers of Blues.

On the 29th and 30th of May we had Angus Selby and after a slow morning in shallow, we ventured out wide and when going past the 230-meter mark connected to a Blue that pulled the hooks after that first mad run that only they can do…

Later into the day hooked a nice one around 600 that we were unlucky to pull the hook close to the boat.

On the way in we found some dorado and YFT…

Yesterday we put the lures in the shallow but despite all the birdlife did not mess around there and headed out.

At 9 we hooked up and shortly after Angus released his first Blue at about 200 pounds.

It was quiet thereafter but shortly after 2 pm we found some fish in 380m of water further south than we normally fish. First, we had a nice one looking 6-700 come on the short-left Ruckus…it did nothing but windshield the head and bill out the water and come undone. A few seconds later we have one come on the long left but got no bite out of it, we kept track for a while and then as we turned and went over the area again a 400-crash bite the long right and we hooked up.

This one was on serious steroids and proceeded to take us into the backing even before we could turn and chase. The #400 was hooked on the side and thus proceeded to fight down and dirty but after some gruesome work inching her up, Angus got his second release for the day.

Thank You Duarte! Ok, for those who are interested, it is the sardine run season down south. You can follow that right here.

Check out the Rates and Contact page to get in touch.

Another super HOT February in Bazaruto