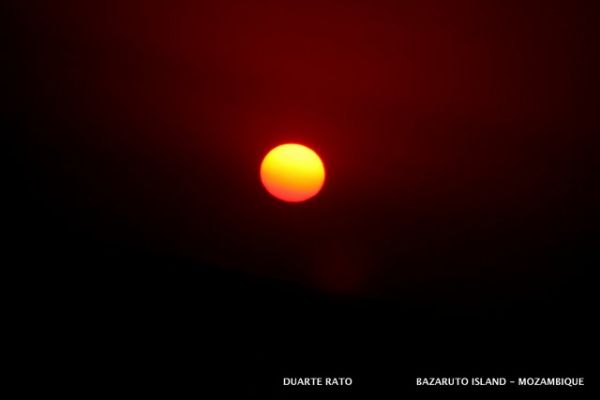 Marlin fishing with the Edwards

The next day we start with regulars Craig Edwards, Jurie and Simon (who was on his first ever trip to the archipelago).

Last year’s trip highlight was when we had a double Marlin hookup, one of which about 300 pounds on a small TLD 25 bait stick…a fish that was on steroids like no other which took Craig (who is a superb angler) 5h30 to release.

As usual the guys wanted to do some game fishing and under a moderate NE and overcast skies we started with a pretty uneventful plugging session @ lighthouse.

& some bonnies and a good number of YFT!!!

As usual the light tackle can’t stop some of the fish and we get busted a couple times. We then decided to troll south with a mix spread of Konas and Halco´s and within 5 minutes pick up a good 15 kg wahoo.

But it was the YFT that were biting senseless and we had absolute non stop action with those until we actually had enough and run away from them…seriously!!!

We caught them on Halco´s, rappies, drop shoot, jigs and even on large Konas…

Later when we finally got down south we jigged a bit more on a couple different pinnacles but it was pretty slow with only a few fish coming out…like the absolutely beautiful rock cod below!!!

We decided to catch another YFT and live bait for the last hour and after exactly 55 minutes we have a strike that turns to be a 250 pound shark & gives Simon a good workout and practice run on the chair before we release it and head home.

The next day we took the gamble of going down to the canyon again. The plan was to troll all the way down to San Sebastian and then jig and plug in a number of pinnacles & reef’s.

We set the spread and worked south and in less than 10 minutes of goes the long rigger and we hook up to a Black around 250 pounds. We can’t believe our luck as Craig jumps in the chair and everyone else frankly bring in the remaining lines. Has I am about to turn the fish starts jumping again & pulls hooks.

Well instead of going south we unanimously decide to stay and work the area. Turned out to be a bad decision and that first fish a fluke, as we did not raise any other in the morning.

However the sea was alive…

…with some pretty intense schools of YFT and skipjack and we had a ball plugging for them..

…as well as catching them on the conventional light tackle trolling – here’s Simon with one that got taxed!!!

On the way back we raise another small Black but this time do not even get a bite out of it. We have a couple cast on the plugs at the gap on the way home and Craig misses a big GT…and that was it for yet another YFT galore day!

Bit of a strong northerly as we made our way up to lighthouse first thing in the morning…but no pain no gain – and soon we were into some real good action.

We plugged a bit @ lighthouse, then went out to catch a YFT and live baited for a while. All this was actually making time to go to our jigging spot at the turn of the tide.

By the end of it all the guys were discussing that the were getting Stella’s, dogfights and 130 pound braid for next year…

But an excellent time was had by all with a few kingies, YFT, cuda and a good number of bonnies and big Kawa kawa…

After the workout the guys decided it was time to chill and put the big guns out and really try for a Marlin.

First up we get a couple of the usual football size YFT and then get a small wahoo around a drifting buoy.

With the northerly the water as come very off color but it progressively improves as we work south on very tight tacks.

Between Nhangosse and Sailfish Bay I notice there is a very prominent current line out deep in about 180 meters of water that starts coming in as we move south.

Its pretty heavy going with the NE and it is quiet amazing how the sea flattens out on the outside of this current line.

Green’s, yellow’s, orange’s and the likes are definitely not a favorite color for billfish of the Bazaruto Archipelago.

However a few years ago I was surprised to find out how good they worked on the small softie lures we used in front of ballyhoo’s when targeting sailfish when the water was green.

Ever since when the bite is slow and especially when the water is off color I tend to put an odd very light color lure out there that at other times stays in the deepest reaches of the closet…and invariably it works.

We trolled all the way to II mile and got a bunch of YFT and another wahoo on the way.

So we decide to bring in the big stuff, close the riggers and spend the rest of the afternoon having fun on these strong football size tuna…

…catching them on poppers!!!

Although only a light NE blew at sunrise, it had blown heavily throughout the night & we found some pretty harsh short swells yesterday at II mile. This made plugging a bit of a mission if not almost impossible and so, instead we went to the 52 meter pinnacle to the SE and jigged with the guys getting into some solid fish…but getting busted on the reef one to many times!!!

@ 8am we decided to put lures out and try to get Simon’s first ever billfish. After yesterday’s Marlin the guys were pretty humped up to take a crack at another.

We worked north against a screaming current and found some good activity an hour later by V mile catching a bunch of YFT.

Things slowed down for a while as we made our way to sailfish Bay where we again found some good skipjack and YFT activity in 200 meters of water.

We worked the area hard, got some more YFT, a couple small wahoo but never raised a pointy one….

We then, yet again, caught a couple more YFT and put a live bait out, wanting to get back and work the corner between V & II mile with the incoming tide.

We made fast way south with the current but the bait was taxed 40 minutes later, so back to Konas and again we found some pretty solid schools of YFT and skipjack @ VI mile, this time around the 80 meter mark.

We worked between schools, ducking them so as not to get into yet another yellowfin and finally just after 11am we raise one that whacked the short rigger twice then come back a third time, this time hooking up on the flavor of the moment lumo sprocket…

Just a small fish but all on board are ecstatic as it is Simon’s first ever Billfish and in no time at all he brings in the frisky Rat for a release….

We work that area hard but except for a mysterious strike on the SR and a couple more yellowfin releases nothing much happens and again I decide to move further south and work II mile.

It was just past three @ which time we normally up lines. But being the guys last day I had decided to do one more round on the edge – but they tell me they have booked a massage @ the spa that afternoon and we must head in.

I turn to the falling sun in the west and go on a down sea tack, something I never do in a big sea – but do have to move towards the top end of the reef.

The sun’s position and the grey backdrop exaggerate the smoke trail coming of each one of the four lures in our wake.

I sit looking back at the spread with Alex on my starboard side. The sounder reads 57 meters and I tell him we will up line in 5.

Then, from the corner of my eye I see something and when my eyes focus on the short rigger lure I see the most unexpected apparition.
Out of nowhere this great fish has magically appeared, she is totally black, has just missed the lure altogether and now gives me an incredible side view – showing all her length and girth as she surfs down wave perpendicular to what now looks like a ridiculous small lure.

Just one big Black silhouette against the green grayish water of the wave!

My first impression, which is the one you must stick to, and my mental measurements immediately register at over a 1000. Now, in the eleven years I have fished Bazaruto, this was only the third time I looked at a fish and had no dilemma calling it a grander from the outset. Funny enough, on the bite I never called any of the two fish that we weighted at well over a 1000 a grander.

She disappeares & only then did the words come out my mouth – BIG FISH – SHORT RIGGER!!!. ´

I could not believe none of them had seen it, but, Alex on the other hand had and was dumbstruck, bewildered he looked at me and then to the guys and has if reading my mail muttered to no one specifically, `THAT THING IS OVER A 1000….

Few fish get me as goosed bumped as this one did. Wrong time of the day to hook one this size, but who cares – we have fought fish into the dark enough times…

Hands on the levers, I slightly turned to port to get a more quarterly tack on the ENE and diminish the forward momentum of the down sea, making that lure run perfectly.

Seconds later she comes up again, this time straight from behind, her dorsal breaking the surface but it did not look to mean business and surely as furtively as she had appeared she was gone – this time for good.

I work the area for another 15 minutes to no avail.

Good to see one this size anyway…that side view of her surfing down the swell was unreal and printed in my mind’s eye.

It’s somehow been a strange season in terms of fish’s size. In early October there seemed to be a body of big fish around when Quatro caught the 935 lbs, two of 800 were released and we raised 4 big fish between 550 and 700 in four straight days.

Then all of a sudden this last ten days or so we have only seen two over 600 in about 25 fish that we raised.

Very unusual, especially after last year when one of
every five fish we released over the season was over 600 lbs. So yeah, after all the small fish this last week it was good to see this beauty…

An awesome end to a great day and trip for the guys & on the way back, Simon is grinning from ear to ear with his first ever Marlin release.

The guys were ordering drinks from the boat!!!

Simon, Craig & Jurie having a nice drink after yet another day in Paradise….

…enjoying a beautiful sunset I realize once again not only how privileged I am for fishing such a special place but doing it so with such nice people has I have had this last month!!!