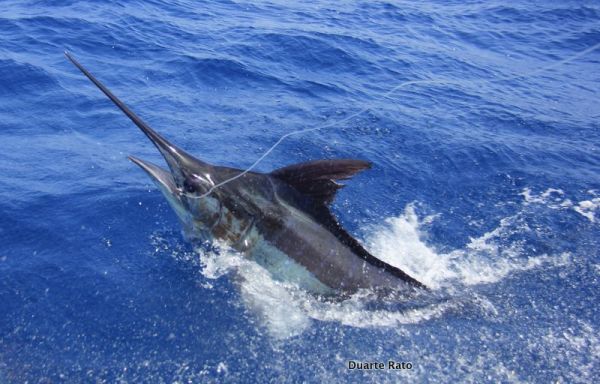 Went 3 for 2 yesterday missing one on a lure then catching one on the pitch bait and then on the left long lure, a Black & Red BB striper candy.

We started on the bank and saw a free jumper and half an hour later had one knock the left long but no hook-up. The fish were definitely there but it got to rough so we moved south to the lee where it was much calmer.

After 2 days flying from the Dominican (where he was Marlin fishing – poor guy ) David had arrived the previous night and he was on duty and got in the chair!

Fish put on a good show…