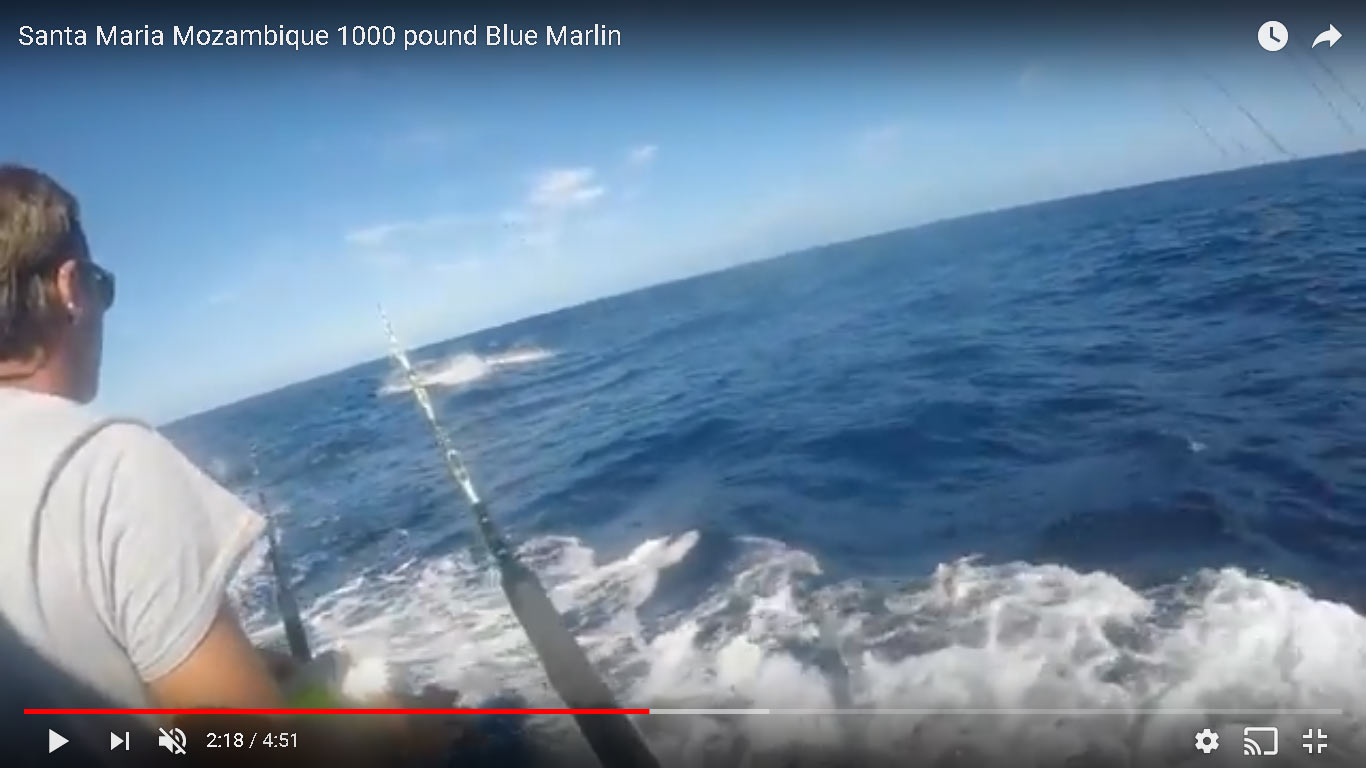 The waters off Inhaca Island have produced what could be Mozambique’s first official 1000lb Blue Marlin!

Enjoy the really cool video by the guys on the good ship FourPlay, the magic boat that got the fish.

FishBazaruto.com spend March each year down at Santa Maria, to fish the Inhaca waters. The features out off the island are rich and diverse, with all sorts of currents and conditions. That ultimately corner the baitfish, that the billfish prey on.

It’s always a real pity when a successful release becomes impossible. With these massive fish, things can go bad for them quite easily. This fish got itself tail-wrapped and was DOA at the boat. But the fish fed most of the island that night, and DNA samples, which are collected from almost every fish FishBazaruto encounter close up, were also sent in for scientific analysis. FishBazaruto work hard at tagging as many billfish as possible and making the data available to billfish policymakers worldwide. A vital role which very few people can undertake.

Duarte, is now on his way back to Vilanculos and Bazaruto, for some family time, before hitting the fish again early next week.

April and into May is great for both Blues and Black Marlin and as the colder water move in around May the usual large pods of sailfish that make them appearance in winter of the archipelago start showing up.

Get in touch via out rates and contact page here. There are many options and packages available, and Duarte can tailor make your trip for you. Literally anywhere up and down the Mozambique coastline. And it’s not all about billfish only. The light tackle and spinning action will have you sweating all day long! So many species to target! So much fun to have!