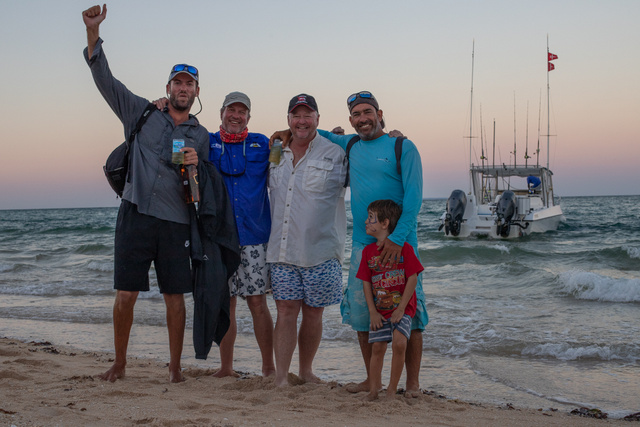 At the end of May, we had the annual Vilankulos Sailfish Tournament, a local friendly event organized by Big Blue and hosted by Vila Do Paraiso. Once again, it was five days filled with prodigious fun, great people, delicious food, huge laughs, lots of drinks and some pretty decent fishing in between J

It has become an intricate part of Vilankulos involving not only the anglers, but everyone that lives in town along with visitors and those and the families who travel to take part in it. Although this event does not in any way want to grow out of port potion in order to keep it´s unique simple and comrade feeling, we sincerely encourage anyone who would like to experience it to join us next year.

Furthermore, and even though it´s all in very good spirits there are great prizes to be won and of course some fierce friendly competition amongst all that take part, which just makes it more interesting.

After an excellent wahoo bite on fish ranging between 12 to 25 kilos the previous three weeks and a good sailfish bite the week before, things did slow down for the comp, but there was still some great fishing to be had in, what is normal this time of year, flat calm conditions.

Overall myself and Morgan, fishing with Mike Gooch and Richard Voolie aboard Veleiro won top boat overall with 6 sailfish releases as well as winning the best overall angler and biggest game fish of the comp for, both for Voolie.

A total of seven local boats took part in this year’s Vilankulos Sailfish Tournament, each and every single one of them releasing sailfish amongst many other good catches compromising of wahoo, dorado, Yellowfin tuna, cuda and some other game fish.

Some action moments from the 2018 Vilankulos Sailfish Tournament…all in great fun!

The all gang at Benguerra´s north point; a couple sailfish just before release; Rafi with his record breaking dorado :-), kids & teenagers all taking part in this year´s Sailfish Tournament…

On that specific day and after losing a sailfish in the morning the girls team hooked into a decent size Black Marlin late in the day. The estimated #300-pound fish was hooked on a 30-pound rig and Lwana Lopes fought the fish for well over an hour. They managed to grab the thin 120-pound leader a couple of times but eventually it just chaffed off.

A few more Marlin where seen and hooked during the competition including 2 lost by team McFearless on that same day, and one by Capitao Caranguejo the previous day.

A BIG THANKS to Morgan and Rafi from Big Blue for once again organizing this gear event and to Charles, Andy, Sophie and all the staff at VDP for hosting and giving everyone the most delicious evening meals and great bar service 🙂…. Looking forward to next year!!!