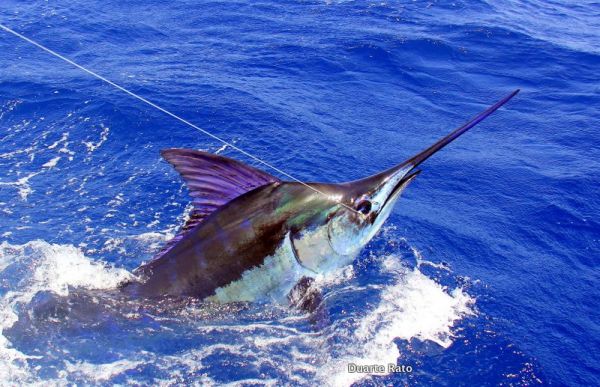 We had a late start and the wind was even stronger today – it turned out to be a much slower for everyone and we ended up releasing one out of three fish.

The last fish for the day come about 15 minutes later this time on the right teaser, I pitched the bait and hooked solid…the guys kindly gave me the fish which put on a great fight on the stand up #50 before we released it.