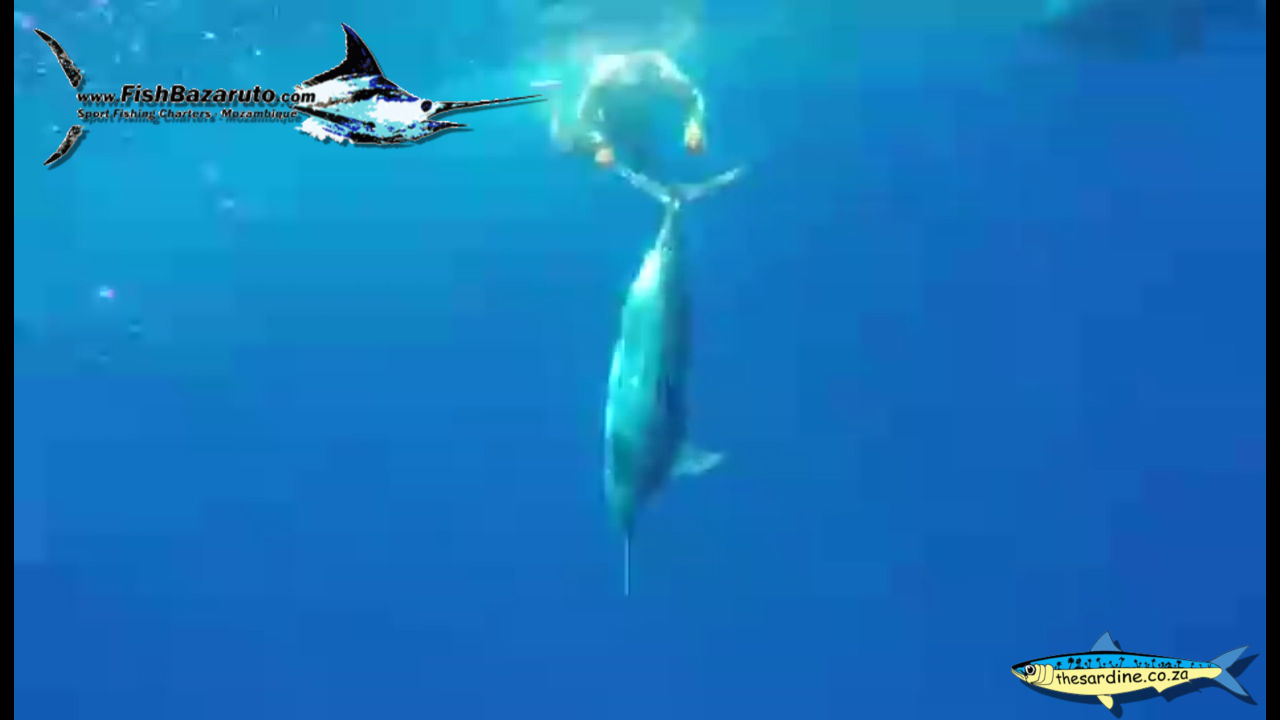 Captain Duarte Rato jumps in behind Tommy Tucker as they maneuver to release a healthy blue marlin off Cape Verde. The incredibly clear water reveals all as Tommy gets the huge fish’s head around, and calmly removes the well placed circle hook. He then gives the fish a few shakes of the tail, stimulating water in and out of the marlin’s gills. Waits a few seconds for it to recover – signalled by a kick of the tail. Tommy then swims down with the fish and watches as it levels out, before disappearing into the azure blue.

A daring display of commitment to the well-being of the marlin being caught and released.

More video from the cockpit here.