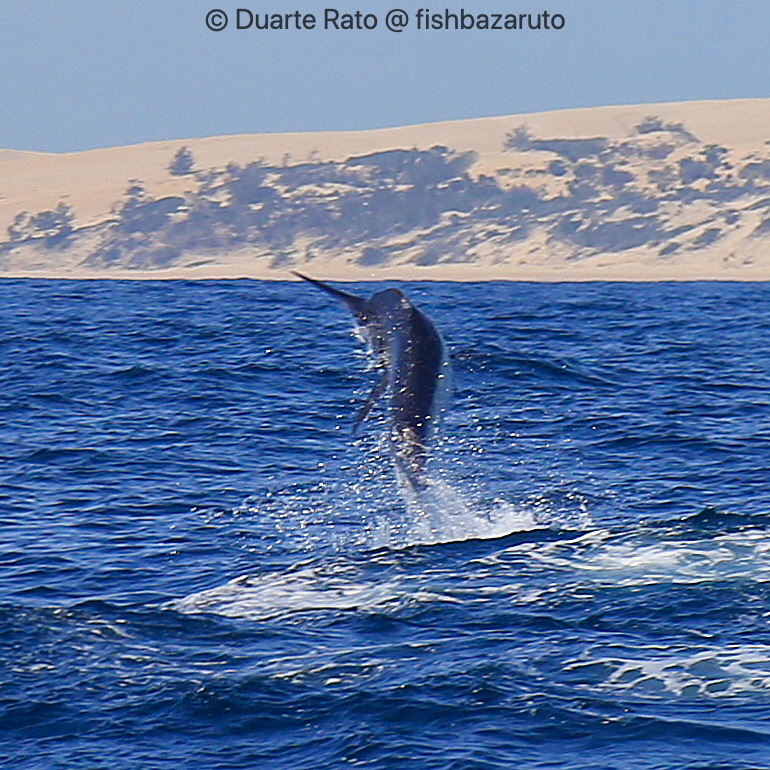 Every year Wolfgang Neff does an annual WBHO Marlin fishing with all the company boys and this year was no exception and what a cracker trip they had!

Unfortunately, due to this new variant only 9 of the 16 guys could make it and we split the guys in 3 on IBO and VAMIZI doing Marlin fishing and 5 on Game Changer doing some popping, jigging and light tackle game fishing.

We had been having a real nice bite so hopes were high, you can read the previous post here;

Started up north but could not get bait.

Put the lures and immediately got a really nice wahoo!

We then moved to Sailfish Bay and put the dead baits out and BANG!!!

Insane bite on the skip bait, real hard fish, the most difficult we had except for the eleven hundred, and we still have to catch one under #500 for Wolfgang.

A lucky guy, and he himself has not yet caught a fish under #500 on all his four trips to Bazaruto!

We then missed a little guy on the swim bait.

Then had one about #300 on the Marlin Magnet from Pulsator Lures again but pulled after a short run.

IBO missed one on the lures and Marlin went 0 for 3 losing a #450 on a skip bait close to the boat and Game Changer had some good fish on the popping and jigging! 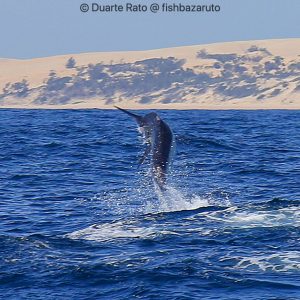 2 for 4 on another EPIC day for WBHO

Great bait fishing session in the morning which we should have cut it shorter as there was a bite going on early and shallow.

We still going out when IBO next to us and as they putting their lures out get a bite and release a little guy.

We put the lures out and within 10 minutes have a Marlin bite on the short corner riggler but do not hook up.

Ten minutes later have a little guy come and knock both longs but never found steel!

08h22 on the clock and crash bite on the long left Express.

Again, we hooked up on the one that mattered!

Andrew gets in the chair and brings in the #500-pound fish to release his first ever Marlin.

After that one we put the dead baits out.

At 11h46 we have the fourth fish for the day come in. It trashed our teaser and then took the swim bait.

Short work of it!

Then game changer missed a double on the live baits but IBO finished it off nicely when they hooked a #600 for Andreas to finish of a great day! 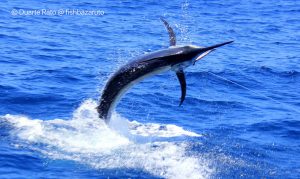 Looking forward to next year guys…